The Silver Creek Event Center at Four Winds New Buffalo offers an intimate, acoustically superior venue where you can catch some of the greatest names in show business. From rock to country to stand-up comedy, Silver Creek is the best place in the Michigan area to see your favorite act!

Whether you're planning a wedding for hundreds or a retreat for executives, book your next special event at the Silver Creek Event Center. With over 17,000 square feet of space, no event is too large.

With a six-decade career, Willie Nelson has earned every conceivable award as a musician and amassed reputable credentials as an author, actor, and activist. He continues to thrive as a relevant and progressive musical and cultural force. In recent years, he has delivered more than a dozen new albums, released a Top 10 New York Times’ bestsellers book, again headlined Farm Aid, an event he co-founded in 1985, and was honored by the Library of Congress with their Gershwin Prize for Popular Song. He has also received his 5th degree black belt in Gong Kwon Yu Sul, headlined the annual Luck Reunion food and music festival during SXSW, launched his cannabis companies “Willie’s Reserve” and “Willie’s Remedy,” and graced the covers of Rolling Stone and AARP The Magazine. For 2019, he released “Ride Me Back Home,” a new studio album that captures a reflective upbeat journey through life, love, and time’s inescapable rhythms viewed from Willie’s inimitable perspective. The title song was nominated for a Grammy Award for Best Country Solo Performance. These new songs and performances add to his classic catalog, and finds Willie Nelson rolling at a creative peak, writing and singing and playing with the seasoned wit and wisdom that comes from the road, which he still travels along performing for fans.

On Friday, July 3, “First Rose Of Spring” will be available. It is Willie Nelson's 70th solo studio album and is an atmospheric soulful showcase of beautifully-written songs and poignant performances. Additionally, Willie Nelson and his sister, family band member Bobbie Nelson, wrote “Me and Sister Bobbie: True Tales of the Family Band,” releasing on September 15. This is a heartfelt memoir of the lifelong bond between Willie and his only sibling Bobbie, who tells her own incredible story for the first time. Willie and Bobbie also worked with writer Chris Barton on a picture book, tentatively titled “Sister, Brother, Family: Our Childhood in Music,” which will be published in the Fall of 2021. More information on Willie Nelson is available at http://clubluck.willienelson.com. 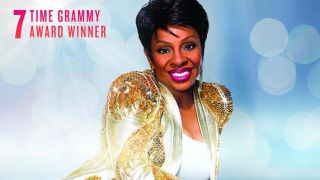 Gladys Knight is a seven-time Grammy winner who has enjoyed number one hit songs in Pop, R&B, and Adult Contemporary while she has triumphed in film, television, and live  performance. She has recorded more than 38 albums over the years, including four solo albums during the past decade. In 1995, Knight earned her star on the Hollywood Walk of Fame, and the next year, Gladys Knight & The Pips were inducted into the Rock 'N' Roll Hall of Fame. In 1997, Knight published an autobiography, “Between Each Line of Pain and Glory” and in
1997, Gladys Knight and The Pips were presented with the Lifetime Achievement Award from the Rhythm & Blues Hall of Fame. Her latest album, “Where My Heart Belongs,” is a new inspiration gospel album that recently won an NAACP Image Award for “Outstanding Gospel Album.” More information on Gladys Knight is available at www.gladysknight.com.

Celebrating his 64th year in the music industry, legendary singer Johnny Mathis is Columbia Records’ longest-signed artist.  A sublime vocalist whose approach to pop music eclipses passing fads and trends, Mathis has performed songs in an incredible variety of styles and categories, from music composed for stage and film to golden era jazz standards, contemporary pop hits, and holiday music, all of which has assured his reputation as one of the most enduring vocalists in music history.

Best-known for his supremely popular hits like “Chances Are," "It's Not For Me To Say," and "Misty,” Mathis has recorded close to 80 albums, six Christmas albums, and has sold millions of records worldwide.  During his extensive career he has had three songs inducted into the Grammy Hall of Fame, achieved 50 Hits on Billboard’s Adult Contemporary Chart, and ranks as the all-time number six album artist in the history of Billboard’s pop album charts.  He has received five Grammy Nominations, and in 2003 he was given the Lifetime Achievement Award from the Academy of Recording Arts and Sciences.  More information on Johnny Mathis is available at www.johnnymathis.com. 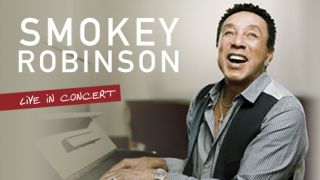 Smokey Robinson is a legendary singer-songwriter, record producer, record executive, and co-founder of Motown Records.  Robinson and his group, the Miracles met Berry Gordy after a failed audition for singer Jackie Wilson’s managers and Gordy was impressed with Robinson's vocals and ambitious songwriting.  With his help they released, “Got a Job,” and it was the beginning of a successful collaboration and the beginnings of Motown.  Over the next decade, Robinson and the Miracles produced 26 top 40 hits, including several top 10 hits such as “You’ve Really Got a Hold on Me,” “I Second That Emotion,” “The Tears Of a Clown” and others.  In 1975, Robinson released his most successful solo album, A Quiet Storm, which yielded three hit singles, “Baby That's Backatcha,” “The Agony & The Ecstasy,” and “Quiet Storm.”

In recent years, Robinson released the standards album, Timeless Love, Time Flies When You're Having Fun, Now And Then, and Smokey & Friends.  Robinson has been Inducted into the Kennedy Center, awarded an individual star on the Hollywood Walk of Fame and a second star with The Miracles.  He was awarded a medal at the National Medal of Arts, A Heritage Award at the Soul Train Music Awards, and a BET Lifetime Achievement Award.  Howard University conferred on Robinson the degree of Doctor of Music as did the Berklee College of Music.  More information on Smokey Robinson is available at www.smokeyrobinson.com. 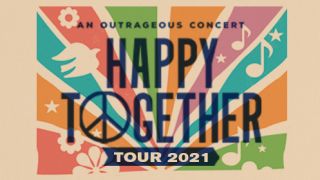 2020 will mark the eleventh year of the highly-successful, hit-filled Happy Together Tour.  The touring sensation, which has criss-crossed the nation delighting audiences for a decade, returns with a show full of chart-topping hits from the 1960s and 1970s that include 59 Billboard Top 40 songs.  In addition to The Turtles, audiences can expect music from Chuck Negron, from Three Dog Night; The Association; Mark Lindsay, from Paul Revere & The Raiders; The Vogues; and The Cowsills.

The Turtles are best known for their harmony-heavy California pop sound.  With hits such as “Elenore,” “She’d Rather Be With Me,” “It Ain’t Me Babe,” “You Showed Me,” and the title of the tour, “Happy Together,” the band ruled the airwaves in the late 1960s.  Ron Dante joins the line-up to delight with his own mega-hit, “Sugar Sugar.”

Chuck Negron, formerly of Three Dog Night, returns to the tour for 2020 bringing with him his outstanding lead vocals on such global hits as “Joy To The World,” “One,” “Mama Told Me Not To Come,” “Black & White,” “Shambala,” “An Old Fashioned Love Song,” Easy To Be Hard,” “Eli’s Coming” and more.  Three Dog Night scored an impressive 21 Top 40 singles and twelve consecutive gold albums in the late 1960s and early 1970s.

Also returning to the tour for 2020 is The Association, who enjoyed massive radio success in the ‘60s with such number one hits as “Cherish,” “Windy,” “Never My Love,” and “Along Comes Mary.”  This iconic vocal group was a staple on AM radio in the 1960s.

Joining Happy Together for 2020 will be Mark Lindsay, former lead singer of Paul Revere & The Raiders.  Lindsay and his high-kicking stage persona will be performing Raiders’ hits as well as solo gems such as “Kicks,” “Hungry,” “Good Thing,” “Arizona,” and “Indian Reservation.”  Lindsay’s songs appear in the Quentin Tarantino blockbuster “Once Upon A Time In Hollywood.”

Brand new to the Happy Together touring family for 2020 are The Vogues.  Also known for their harmony-driven pop sound, The Vogues had numerous Top 10 hits with singles such as “Five O’Clock World,” “You’re The One,” “My Special Angel,” and “Turn Around Look At Me.”

Rounding out the bill are The Cowsills, the harmonious family act (two brothers and a sister) that inspired the smash hit ‘60s television show, “The Patridge Family.”  They are sure to delight with their best-known songs, “Hair,” “Indian Lake,” “The Rain, The Park & Other Things (I Love The Flower Girl),” and more. 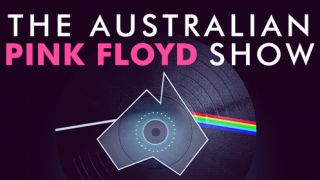 The Australian Pink Floyd Show performs the music of Pink Floyd with note for note perfection.  This critically acclaimed show has been astonishing audiences worldwide for more than three decades – always striving to reproduce the complete Pink Floyd experience and bring the music to new audiences.  The show continues to include a stunning light and laser show, video animations, state of the art high resolution LED screen technology and other special effects.  In addition, and in true Pink Floyd fashion, there are several huge inflatables including a giant pig and their own unique Pink Kangaroo.  Often described as being much more than a tribute band, the Australian Pink Floyd Show is the first Pink Floyd tribute show that took the concept into the worldwide arena circuit.  The band has played to sell out audiences throughout Europe, the United Kingdom, the United States, Canada, South America, and Russia.