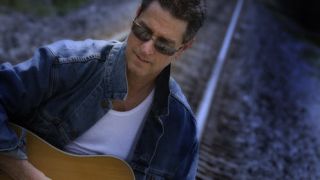 “Americana rock and roots” is the way Jimmy describes the music that he plays.
He started playing guitar at age 19 and immediately fell in love with the instrument. He began by teaching himself songs by the Beatles, Bob Dylan and acoustic music of the late 60’s and early 70’s. Over the next several years, he played in various types of bands including folk, bluegrass, country and rock and roll. As he began to listen to swing and jazz, he developed more interest in songwriting, especially the music from the American Songbook by Irving Berlin, Cole Porter and the Gershwins.

In recent years, Jimmy has fallen back in love with the blues and plays songs by many of the great blues legends such as Robert Johnson, Muddy Waters and Eric Clapton. From simple folk, to Beatles-influenced rock, delta blues, Motown-flavored R&B, country or Swing Jazz, his music reflects elements from all these styles of music. Jimmy now lives in St. Joseph Michigan where he performs at various venues throughout Southwest Michigan and the Michiana area.